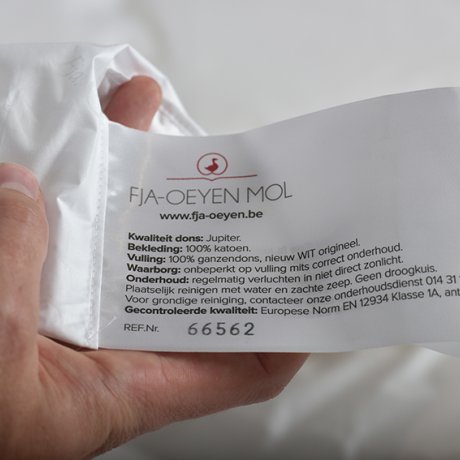 The EN 12934 norm has been a standard for down at Fja-Oeyen for many years. Fja-Oeyen was even at the cradle of its official recognition.

Because there are quite a few misunderstandings about down and because consumers still have little guidance on the various classes of down quality, a proposal has been worked out concerning down and plume.

Duvets are assessed according to a new European standard, EN 12934.
Down and feather materials used as stuffing for blankets have imposed a form of labelling that includes the following points:

Fja-Oeyen, together with its suppliers and in cooperation with the agriculture department of the Hungarian University in Gödelö, has worked to finally have the European law against animal cruelty during live picking adopted in May 2000. What's more, Fja-Oeyen even advocates a further subdivision of these classes into down percentages of 0% to 100%, a subdivision into filling power, covering, filling weight and origin!

And with that Fja-Oeyen distinguishes itself once again from many other Belgian and foreign down brands. A case that cannot be changed by any other standard, because Fja-Oeyen only uses beautiful flakes of down from healthy geese bred in freedom from the coldest regions of North and North-East Europe, Canada, Falklands ..., takes care to use only new goods and fills the blankets with the highest percentage of down in the right way to provide quality blankets with a high insulation value and resilience and a minimum weight. As it is not a mass-produced product, but individual duvets, each duvet is inspected by a connoisseur's eye. In this way, duvets are created which, if properly cared for, guarantee lifelong healthy sleeping comfort!

The colour gives no real indication about the quality. However, it can indicate that the upholstery ( tick) is not too heavy. If one fills an ultra light white cover with a grey down, one can see the flakes through it.

The origin of the filling material is of course an indication of its country of origin. This can be an indication of whether the filling actually comes from a country with cold winters or not (and the colder the winter, the more voluminous the down). Similarly, an informed consumer knows immediately when he reads on the label that his down comes from China that it cannot possibly be quality; China does not have any goose farms specifically for down.

However, the origin of the down does not give any indication of quality. Poland, for example, exports 90% down feathers from slaughterhouses. So from animals bred for meat and liver. A sick (read thick) liver, produces sick geese, so also bad down. Geese bred for down are geese that are given healthy food, can move around freely and live in dignified conditions. Regular checks by universities (such as Gödelö in Hungary) contribute to the health of these animals, which can be further bred. Labour-intensive working methods, which produce a beautiful down, but which are obviously more expensive. As a manufacturer, it is important to get that 10% high quality down! Trust is important. And that is built up with care. As Fja-Oeyen did, during four generations of down processing!

The mention 'new goods' refers to the following: down and feathers last a long, very long time. There are numerous factories (e.g. in France) where used down (couché) is given a second life or mixed with new down. It goes without saying that this down can be put on the market cheaply. But the down will quickly lose its volume and no longer offer good insulation. Not to mention hygiene aspects. Fja-Oeyen only uses new goods in her down duvets.

You can recognize the down by the species. Goose down is normally better than duck down. But the origin plays a role here. A wild duck from the far north will, after a harsh winter, produce a thicker down than a goose from France, bred for its tasty meat.

THE CLASSES ARE IMPORTANT

Class I: is only awarded to duvets with at least 90% of the specified filling (goose or duck) and a maximum of 5% small downy hairs.
Certainly no chickens or other plumage, certainly no reused but only new goods.

Class II: here reusable goods, feathers such as poultry and even synthetic material may be used up to 15%.

Class III: the filling component other than goose or duck down may exceed 15%.

Class IV and V: these are completely different fillings that have no relation to down or feathers.

The percentage ratio of down to feathers indicates the extra weight that has to be filled with in order to obtain the same thickness. As a layman one does not notice this at first sight, and when one notices it it is often too late. That is why the extension to the European standard; i.e. the mandatory indication of the percentage of down with a maximum of 90%... up to now.  Fja-Oeyen still strives to make a breakdown up to the super quality of 100%. 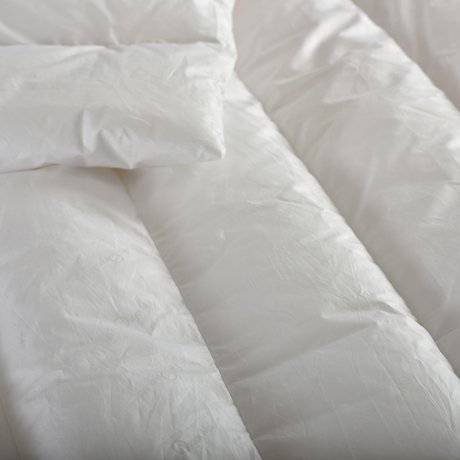 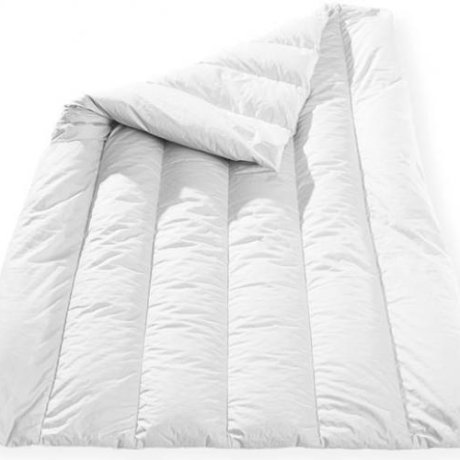 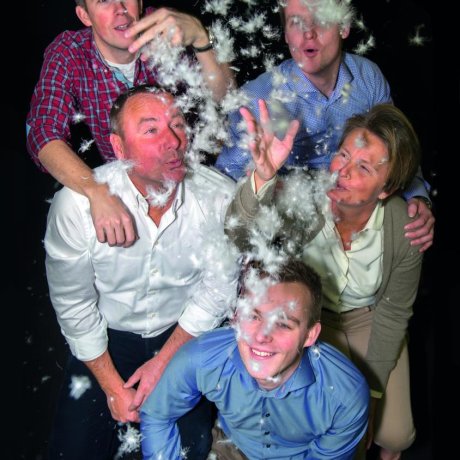 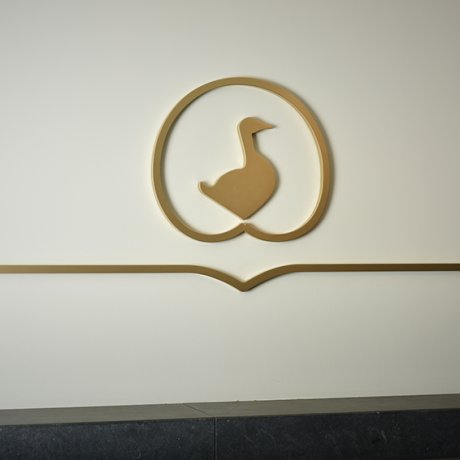 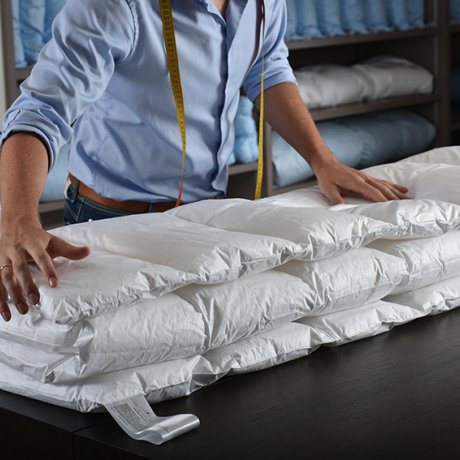 HOW DO YOU MAKE THE VERY BEST CHOICE FOR THE REST OF YOUR LIFE?

That’s quite simple. Read the information we share with you through our website. Visit us in one of our stores. Take FJA-Oeyen down blankets in your own hands and experience how feather-light they actually are.
Read more

When we got married, my husband already had a real fja-oeyen duvet. Today 27 years later we are still very happy with it. We've already had it washed with them a few times, had them enlarge it and had a new cover placed around it. All this with excellent service! We are still very satisfied! (translation)
L. Van Dessel, Oelegem
This summer we bought a new duvet. Our old one was given a new look and reduced in size so that it could be placed on our son's bed. Our new one feels great! Our son is also very happy with his new bed and sleeps like a log! From the surplus we got a pillow so we can reuse the down later. Oeyen is a family shop and you sense that. The customer comes first, you are being listened to and always offered the right solution! A top address! (translation)
N. Vanhoof, Balen
For the last 35 years, we've had a duvet of Fja-Oeyen. Last year we had it cleaned again and took the opportunity to have it widened (which was no problem). My children and grandchildren also know how wonderful it is to sleep under a real Oeyen duvet. Great quality. Good investment. (translation)
M. Jans, Sint-Job-In-'t-Goor
Thank you for the fine completion of the order I placed with you by phone. Everything went very smoothly. I'm very satisfied! (traduction)
D. Van Elsen
After long consideration, we took the step. Through the offer to try out a duvet for a week (with no purchasing obligation). We were already convinced after 1 night. It's great to sleep under that fluffy thing :-) especially the light weight is very pleasant. We are very satisfied customers, not least because of the customer friendliness! It's really great! (translated)
B. Dierckx, Geel